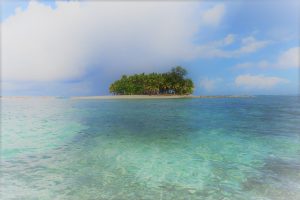 Those two words hung in the air above the bed that we shared for the past five years. Nothing else was spoken as we just lay there and let those incredibly damaging words hover over us.

What else was there to say? Those two words had me questioning how we managed to get together to begin with. Two words that, in any other situation, could have been used to communicate something else. Something seemingly inane at this moment, like I cheated… at this hand of poker. Or even the more victorious I cheated death. In any other sense of the word, there was the opportunity for things to progress from there.

I knew that the fact that we weren’t saying anything to follow those two little words, either of us, they effectively grew to an astronomical size. We ceased any physical contact and all that I could imagine was this unseen echoing void between our bodies. This was an amazing feat as it was a full bed and physical contact is a literal guarantee.

… Fuck. How had it seriously come to this? This was pure agony.

Things had been fading between the two of us for awhile, if I really wanted to admit it. He’d bank more overtime at work, I would spend more time in the library studying for my finals and working on my clinical experience. I was so close to getting my masters in psychology.

I would have given all of my hard work up for him at some point, but there was this looming mile-marker in my life and as it got closer I wanted to see how quickly I could get there. He definitely didn’t fault me for my ambition. Still… I didn’t focus on the healthy side of our relationship. Sex dwindled, dates ceased to happen, birthdays and anniversaries forgotten by both of us. It was like we were roommates that shared a bed.

I remember thinking in that silence that I needed to open my mouth. Explain that I wasn’t happy with the way things had progressed. I wanted to scream at him. I wanted to know when the romance had actually died between us. I wanted to blame him and only him for the destruction of our relationship.

But I didn’t. I sat there seething, wishing that we could break through all of the bullshit of being in a relationship for an extended period of time. We had grown so accustomed to compromising, we knew all of the triggers and just avoided them instead of actually discussing why they were an issue for us.

How did he seem to not understand that leaving the fucking window open while the heat was on would result in higher utility bills? I mean, I have a trust fund so money admittedly isn’t an issue, but was that why he did it? Did he feel like he was “sticking it to the man” somehow? Did he hate that I came from money?

After the seventh conversation about it, seeing his eyes glaze over as if to think not this again I just stopped trying. I’m sure there were plenty of things that completely pissed him off about me, but in that moment I couldn’t recall any fight where he was justified in his feelings. Yeah, I squeeze the toothpaste from the middle and throw away coffee machines when they could probably be fixed for $3, but it never occurred to me that those idiosyncrasies would be the death of a relationship.

Then I thought about how we could still make it work. There was still love between us. My body remained molded to the side of the bed that I relinquished myself to. Yelena you have been through worse, my shitty inner voice tried to reason.

Yes, I had been through worse, but did I deserve to have this looming over my head for eternity, not knowing when either of us would bring it up in an argument? If we were going to continue forward, there was definitely going to be a discussion of this being an off limits topic for the good of the relationship.

After what felt like forever, I inhaled deeply through my nostrils and prepared to make a statement. What I wasn’t ready for, was that Ian would speak first.

“What was his name?”

Right… I forgot to mention that. I was the asshole.

If you are interested in reading more of Yelena’s story and others like it, parts are being released every other week on my Patreon page. You can choose to support just this under the “Mythic Fiction Novel Patron” Level OR by choosing the “All of the Things!” Level.

Like what you just read? Do you want more? Consider supporting me on my Patreon page!